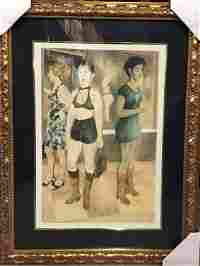 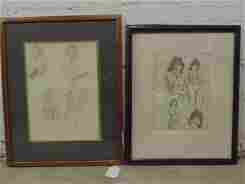 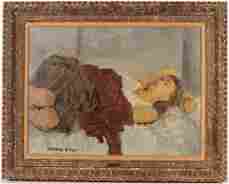 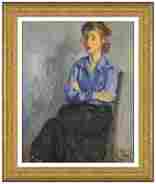 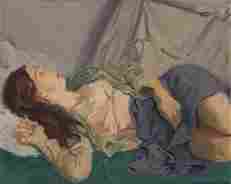 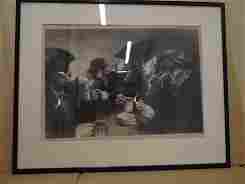 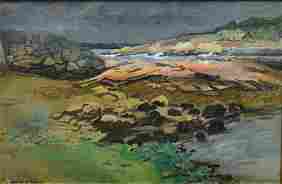 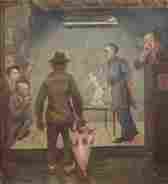 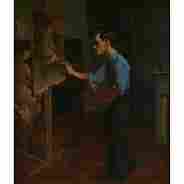 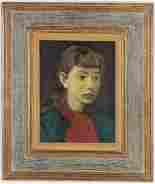 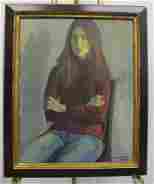 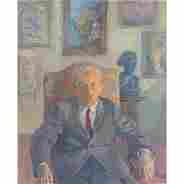 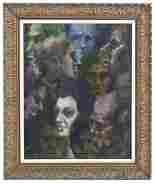 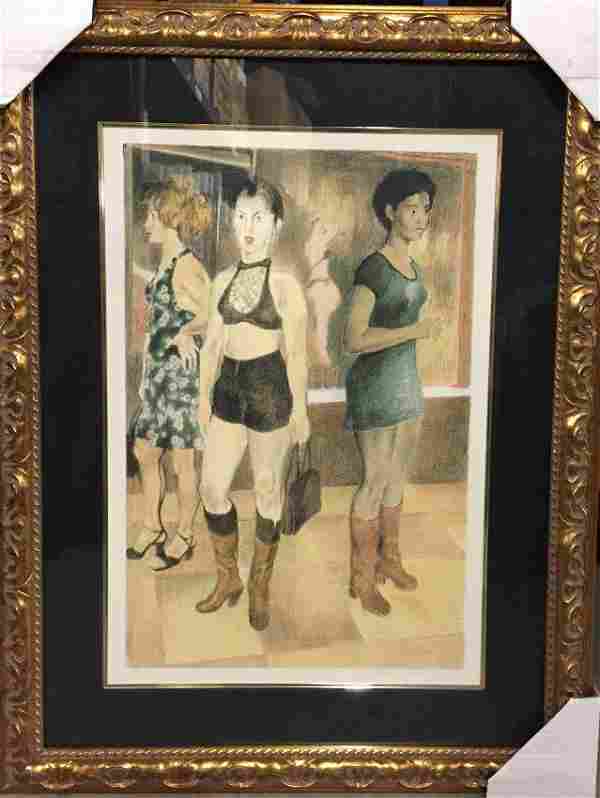 Hand Signed Limited Edition Lithograph on paper. Artist Proof. circa 1971. Framed in gold with
Raphael Soyer American Artist: b. 1899-1987. He (December 25, 1899 -November 4, 1987) was a Russian-born American painter, draftsman, and printmaker. Soyer was referred to as an American scene painter. He is identified as a Social Realist because of his interest in men and women viewed in contemporary settings which included the streets, subways, salons and artists' studios of New York City, although he avoided subjects that were particularly critical of society. He also wrote several books on his life and art.